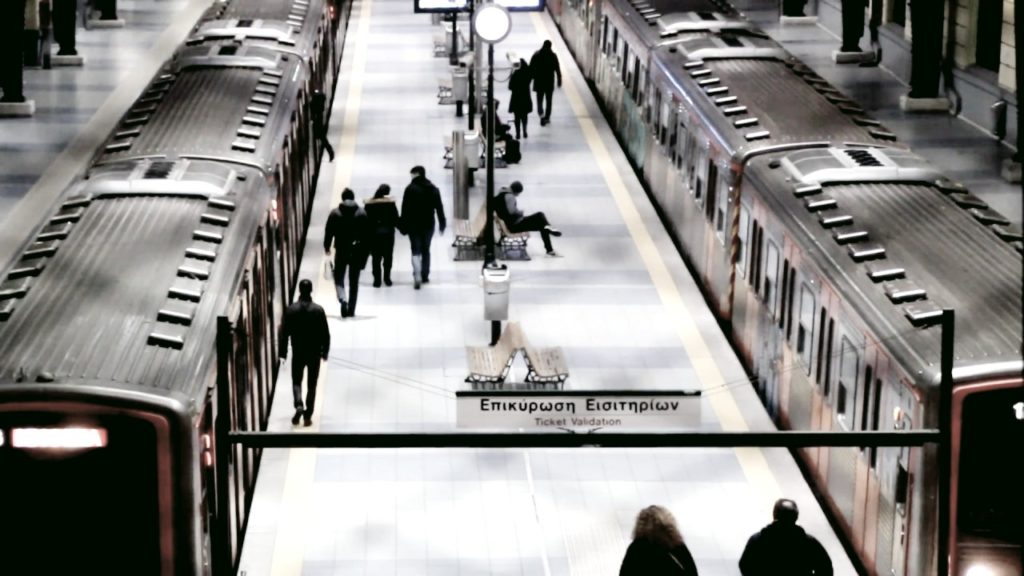 Two transport policy topics were discussed the most over the last few days: On the one hand, how more space for movement can be secured for pedestrians during Covid-19 times; on the other hand, whether Austrian Airlines should be bailed out using taxpayer’ money. These questions have a deeply social component: Walking is the preferred mode of locomotion for poor people. But just in Vienna alone, 38 percent of sidewalks are narrower than two meters. Social distancing is impossible on all these sidewalks. By contrast, flying is a domain of the rich that damages the climate. This, in addition to climate policy considerations, makes it problematic if airlines are supported unconditionally with taxpayer money in the hundreds of millions of Euros.

Which social groups fly how often has been recorded in detail in Great Britain for decades: While the poorer half of the population on average accounts for half a flight per year, the frequency increases with income and for the richest five percent is at more than 3.5 flights. For many years, just barely a majority of Brits consistently negates the question: “Did you fly last year?” The rising market share of low-cost airlines thus did not “democratize” air travel, as has been argued frequently. Economical ticket prices simply cause frequent flyers to sit in an airplane even more often. In general, the richest tenth of all British households causes three times as much in greenhouse gas emissions as the poorest tenth. But when only transport emissions are taken into account, the factor increases to between 7 and 8. A similar picture emerges in Austria: In general, the household expenses of the richest tenth of the population are two and half times above those of the poorest tenth. In terms of the cost of vacations, this shear is increased to five-and-a-half-fold! The frequency of travel and the tendency to fly increase with income and educational level. A poll by VCÖ [Transport Club Austria] from 2017 also confirms the British data for Austria: According to the poll, a third of the population never flies. Half fly once a year or less, while only a sixth sits in an airplane several times a year.

Ecological aspects are added to these social ones to explain why strict conditions should be attached to support for the airline industry. That is so because the current crisis of the airline industry should be understood as an opportunity for climate policy, that is, for an urgently needed structural change towards climate-friendly mobility.

According to forecasts, the proportion of CO2 emissions due to airline travel is expected to increase dramatically over the next few years, unless political countermeasures are taken. Short-haul flights are a disaster in terms of climate policy. An airplane emits about forty times more greenhouse gases per passenger than an ÖBB [Austrian Federal Railways] train on the same route, according to calculations by the Umweltbundesamt [Environment Agency Austria].

The future of the airline industry must be clearly linked to alignment with the 1.5-degree goal of the 2015 Paris Climate Agreement, to which Austria committed, as well.

This would also be consistent with the European Green Deal, which the new president of the EU Commission, Ursula von der Leyen, proposed last December. According to that deal, greenhouse gas emissions by the transport sector are to be reduced by 90 percent by 2050. Here air travel, at almost 15 percent of emissions across Europe, plays a central role. To accomplish that goal, the entire European transport system must be structured in a more environmentally friendly manner.

This means for the current discussions: Public funding for the airline industry in connection with the Corona crisis should be linked to specific conditions.

The political goal must be a climate-friendly transport sector. To achieve this, a drastic reduction of airplane travel in Europe and across the world is necessary. However, this does not limit the freedom to travel, but only the “license to destroy the climate” that a small group of people who fly a lot believes it has.

The point is to create a way of economic activity and living in which not so many goods are flown around the globe, businesspeople don’t jet around so much and the weekend trip from Vienna to Barcelona with a low-cost airline is no longer possible. Even the lobbyists for the airline industry must understand this.

Dr. Heinz Högelsberger and Univ.-Prof. Ulrich Brand currently work on a research project about the role of employees and trade unions in social-ecological restructuring which is funded by the Austrian climate and energy fund.