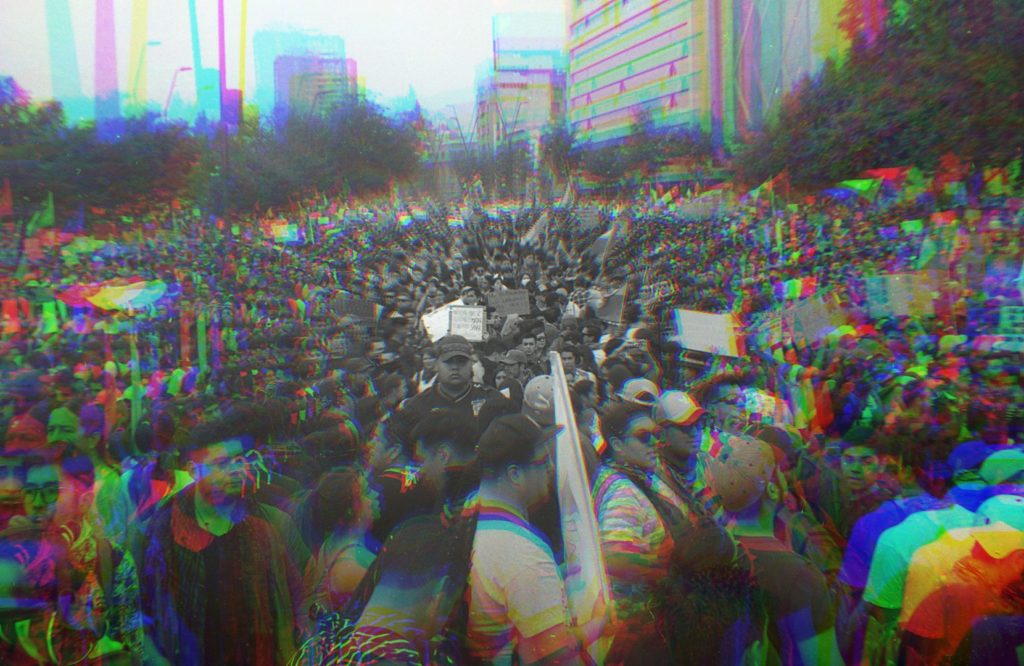 The article is a highly interesting piece which demonstrates the author‘s familiarity with the theoretical debate about anti-capitalist revolutions as well as with current oppositional social movements. However, coming from a different theoretical tradition than the author I found its argument sometimes hard to follow and was not quite convinced by a number of theoretical claims – also in the light of its own analysis of social movements.

If the „state has to be seen as it is, a political and institutional expression of capital and totalitarian economic control“ (2), does this hold true for all states equally, including Burkina Faso under Sankara and Bolivia under Morales? To me, a conception of state as condensation of relations of power (going back to Nicos Poulantzas) allows for more nuances – all the while bearing in mind the strategic selectivity (Jessop) of the state, which can be easier used for some purposes than for others.

In my view, the author‘s analysis shows the inadequacy of some of the more apodictic statements such as that movements either “support the politics of the State-Capital” or not: “There can be no middle ground here.” (3) I think in particular the Gilets Jaunes example demonstrates that the reality of social movements often is more complicated or contradictory than that and that non-revolutionary movements can evolve over time from demanding improvements within the status quo to demanding a new conception of politics beyond representative democracy based on capitalism.

I have to admit the main claim about revolutionary immanence has not become clear to me, as have some others. What does it mean if „movements of perpetual oppositionality have to transcend themselves“ (11)? Or even „transcend space-time“ (11)? What does „learning to see beyond the capitalist real“ (11) entail? Or even the „empirical real“ (1)? Does it presuppose that there is another, more profound, objective reality, only accessible to those versed in Marxism? Why should it be – given that the Occupy movement was heavily relying on indebted students and the Zapatista rebellion even more on indigenous peasants – that „only the proletariat can keep the rebellion going” (11)? And if “whosoever revolts against the State-Capital tyranny and for a non-state non-capital world is part of the proletariat” (11), does it not render the analysis of classes and their position within a capitalist system superfluous?

I think very interesting and important conclusions could be drawn from the empirical analysis of the text regarding revolutionary theory-building: concerning the necessity of organised movements but not of parties (and of organising vs. organisations), concerning the necessity of long-term and horizontal processes, and not least concerning the vastly different contexts in which oppositional movements arise and act. In discussing the Gilets Jaunes, Occupy and the Zapatistas, it can be demonstrated what a „belief in horizontality“ and a „disbelief in vanguardism“ (1) can mean for movements. These beliefs – an important feature of „new internationalism“ – were the result of a critical reflection of Marxist internationalism in the 20th century. Another equally important feature was the proposition that different relations of oppression are equally to be taken seriously, e.g. patriarchy and racism, which led to an abandonment of the belief that Marxism is a sufficient theoretical basis for emancipation. In my view, the work of J.K. Gibson-Graham may provide inspiration how to rethink notions of revolution in a way which is able to deal with the complexities and contradictions of questions of class and identity in the 21st century of which Marx simply could not have been aware.