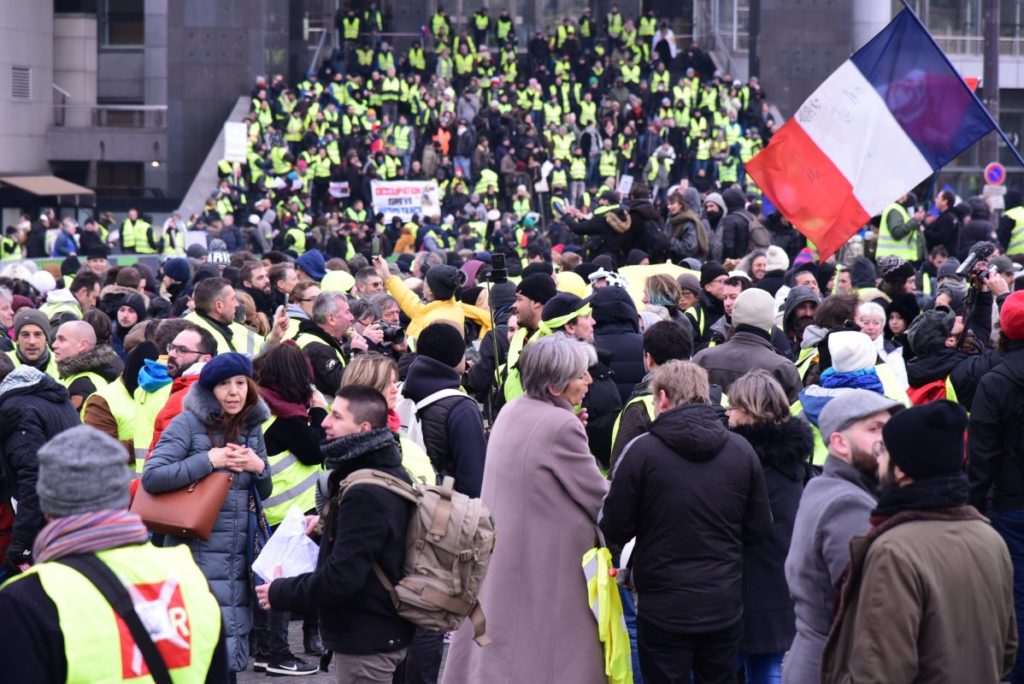 What mark have the Yellow Vests left on French democracy?

Almost two years after the first protests and shortly after the 2020 Bastille Day: What to make out of the Yellow Vests and the state of French democracy? What to take away from the recently Macron-initiated citizens’ assemblies? Have the Yellow Vests and other protest shaken the French political establishment?

Initially launched as a protest against rising fuel prices, the yellow vests in France quickly turned into a popular form of protest that raises deeper issues at the heart of marginalization: democracy and economic justice. Unprecedented for its longevity and regularity, the Yellow Vests’ activities came to an abrupt end with Macron’s confinement order due to covid19. As they slowly pick up again, listen to Ethan Earle addressing a common misconception about the Yellow Vests and why the ballot box is not where their greatest mark is to be left.