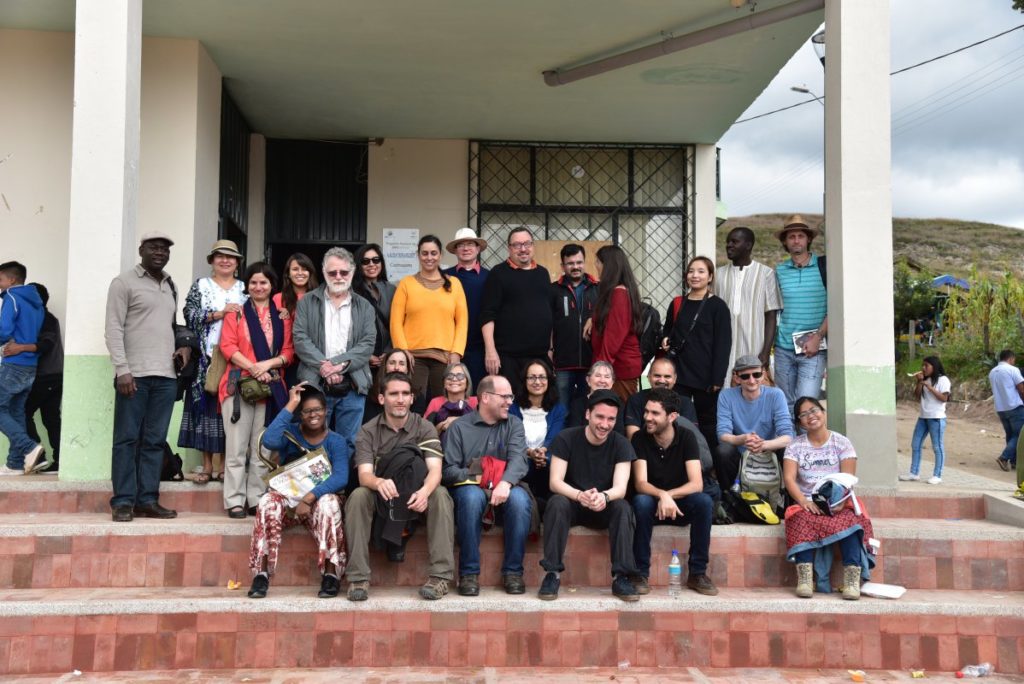 The Global Working Group “Beyond Development”: An Introduction

Our world is facing unprecedented challenges: the rise of the political right in many countries, a historical level of environmental destruction and loss of biodiversity, a crisis of the political mechanisms of decision making, within liberal, representative democracies, abysmal levels of economic inequality that intersects with gender, caste, race, and ethnicity. At the same time, there never have been so many displaced people forced to leave their homes in search of a new opportunity for their lives. We face new kinds of wars, increasing militarization and territories ruled by anomic violence.

This multidimensional crisis faced by our world is rooted in the very civilizational foundations that patriarchal capitalist modernity is built on:

These bases have not only produced a specific set of problems, but they have also shaped solutions that often only aggravate the status quo. For instance, the current unprecedented levels of inequality enable the richest people in the world to appropriate a large share of all kinds of media, think tanks, academic spaces of knowledge production and public opinion. The solutions proposed include epistemic pillars of western modern civilization (e.g., the culture-nature-divide), skewed toward large scale technological, market and management fixes, which are likely to worsen the situation (e.g. geoengineering against climate change).

At the same time, in many places of the world, different societies have existed at the margins of modern capitalism and have practiced more sustainable and reciprocal modes of living.  These societies are constantly exposed to the threats of capitalist modernization, intensified extractivism, imperialism and wars. Their possible contributions to addressing the multidimensional crisis are systematically made invisible by cognitive injustice, as they are usually represented as non-relevant, poor, backward or residual ‘fringe groups’ by the mainstream development discourse. Recent critical and mainstream research, however, confirms that communitarian, indigenous and peasant societies still feed 70 percent of the world and are largely responsible for conserving the world’s existing biodiversity. Simultaneously, many new practices and concepts of systemic alternatives have also arisen from the ‘belly of the beast’.

Amid this backdrop, we believe it is crucial to consolidate networks and durable spaces for reflection, knowledge production and emancipatory pedagogies that visibilize systemic change anchored on advancing social justice and regenerative Nature relations putting forth the agrarian question, dismantling patriarchy and colonization, imperialism, sustaining cultural and knowledge diversity, and building grassroots people power. The Global Working Group Beyond Development has committed itself to this task by gathering/producing grounded and critical knowledge around possible paths of solutions as well as making local/global dynamics and crisis phenomena more visible to global social movements.

The Global Working Group includes around 30 engaged researchers, movement-based organizers, activists and popular educators from all five continents. It is a collective space where people from different disciplines or schools of thought can converge and dialogue, as ecologists, Marxists, decolonial thinkers, feminists, and others. We firmly believe that ‘only-academic’ perspectives derived from western epistemologies are necessarily incomplete. We therefore need to recognize the paramount value of multiple ways of knowing and civilizational horizons that endure on the margins of capitalist modernity, especially in the global South. This is why we place value on the diversity of our group’s composition—in terms of geographies, cultures, disciplines, and experiences—as an embodiment of the kind of knowledge production and mutual exchanges we advance.

The Working Group is an independent and self-organized collective operating with the voluntary support of its participants and the Rosa Luxemburg Foundation. We also work with various platforms and initiatives such as the Radical Ecological Democracy, Global Tapestry of Alternatives, and others, we generate, collate, and promote systemic, radical, and emancipatory alternatives to the currently dominant system.

Since our inception in 2016, we have examined the intersections and entanglements of class, race, gender, caste, coloniality and predatory relations with Nature. Our group has produced two publications, with a third publication underway and has organized a series of public events. The first book focused on emblematic experiences of multidimensional transformation in different continents which are anchored on the above- mentioned comprehensive intersectional framework; the second one, titled “Stopping the Machines of socio-ecological destructions” reflects on our collective debates about the challenges to deepen democracy,  rethink relations with the State in the current phase of capitalist depredation and the role of the left in socio-ecological transformation, ending with a collective reflection around solidarity and internationalism in the 21st century. The forthcoming third book, Cities of Dignity: Urban transformations around the world, which will be published in June 2020, zooms in on processes of urban transformations, with increasing urbanization as one of the world’s greatest challenges.

The latest issue we have committed to is to deepen our understandings around the crisis of democracy and possible responses that can get us out of the crisis, especially in the context of the pandemic.  Amid the uncertain times we live in, the Working Group remains steadfast in advancing knowledge and praxes that inspire and inquire.

Ashish Kothari is a co-founder of Kalpavriksh, India and works on development-environment interface, biodiversity policy, and alternatives.

Mabrouka M’Barek is a former member of the Tunisian National Constituent Assembly. She helped draft the country’s new constitution in 2014.